Stretch ceilings Starry Sky is an exclusive decision which will ideally emphasize an expensive interior of your house.
Such ceilings are created by combination of a simple stretch ceiling and sources of lighting in the form of which fiber optic threads usually appear. There are two modes of mounting of lighting for this type of stretch ceilings: Any of these ways can design literally on a ceiling the valid constellations from the atlas of the stars-sky. Also, the service of drawing a photo printing of the Starry Sky, constellations, galaxies, etc. is possible.

Control of “Starry Sky” can be exercised by the special program block with remote control. The programs of management can be adjusted under the effect of “the flickering sky”, “polar lights”, chaotic or consecutive highlighting of constellations, the falling comet. Management is carried out by means of switching between programs.

Already ready panels with the applied image of the star sky are available. For rooms of the big areas “Starry Sky” of a stretch ceiling can be mounted from several sheets of such panels, in small rooms — preparations can be used independently.

The Master Ceiling Company offers installation of a stretch ceiling with effect of the Starry Sky to residents of Tbilisi and regions of Georgia. A guarantee – 12 years. Service support in case of flooding or casual damages.

Stretch ceilings in Tbilisi and Georgia 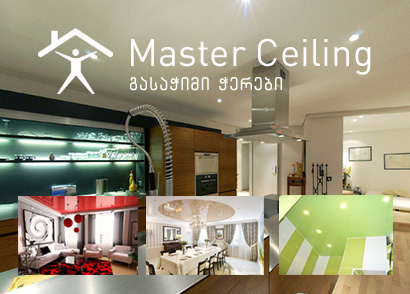